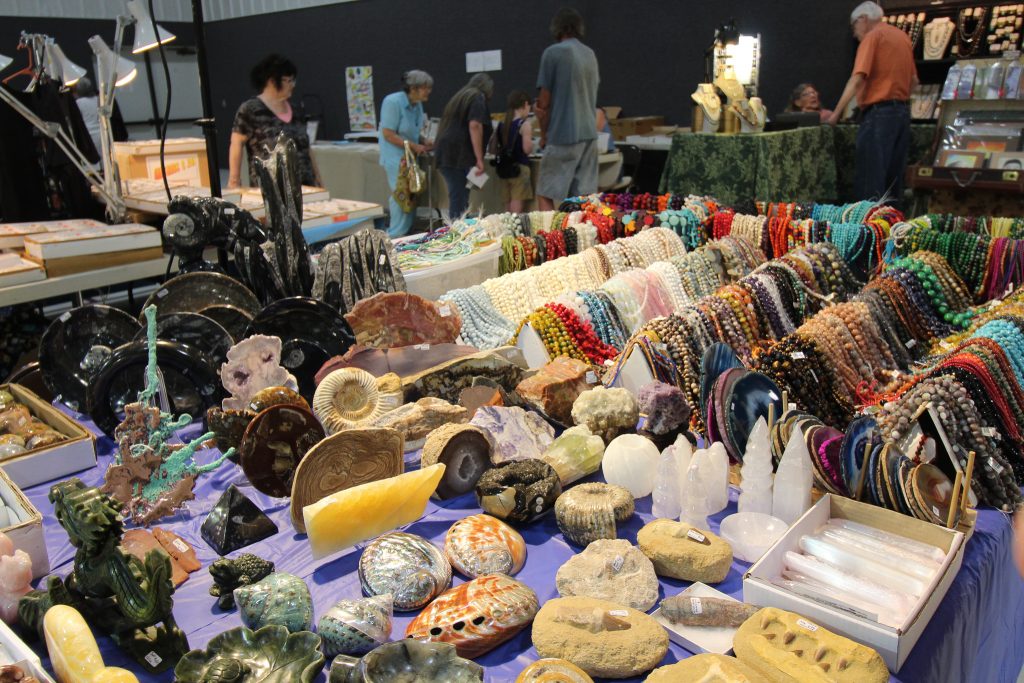 This weekend, Dan and I took a trip down memory lane and headed up to Eldon, MO for the 2019 Rock and Mineral Show hosted by the Osage Rock & Mineral Club. Despite both being born and raised just 30 minutes from each other in Southwest Missouri, I spent my summers in Branson, while Dan spent many weekends in Osage Beach. We saw the sites of where his family car broke down and swung by his favorite Putt Putt Course, Sugar Creek Mini Golf.

We arrived in Eldon, a small town just north of Osage Beach and quickly located the Eldon Community Center where the show was being hosted. We registered for the hourly door prizes and entered into the main gym area. Despite arriving just over an hour until closing time on Saturday, June 29th, there was still a good amount of activity. I enjoy arriving at shows later in the day so that I’m a little less irritating with my camera, but I hate that I don’t get to capture the bustle of an active show.

There were a variety of vendors including one of my personal favorites, a geode cracking table, ran by the “Rock of Ages” Rock Shop run by John Benke. I loved that they had rocks from a variety of locations and each geode was color coded with examples of cracked geodes available so that you could get an idea of what they would look like. I was a little disappointed that they didn’t have any more “local” Keokuk geodes, but I was excited nonetheless, especially since all of the varieties available were from Chihuahua, Mexico were I spent a summer many years ago.

I purchased one of the Trancas Geodes, featuring great “finger” formations and calcite. I handed my rock over to the young helpers who expertly cracked it with their frankly frightening equipment. Upon opening it, I was stunned by what I saw, this was an awesome rock! One of the presenters at the show who was doing UV displays commented that my rock would light up well, and invited Dan and I into a dark room filled with displays and shown his short wave UV light on my geode. To my surprise, it lit up a brilliant neon green. This was my first time using a powerful short wave light to look at minerals and it made the whole experience unique and amazing.

We stopped by a table hosted Joe’s Gifts which feature a variety of Smokey Quartz and excellent examples of petrified wood. One of my favorite things about visiting Rock Shows is talking to the vendors and listening to their stories of collecting certain pieces. Joe was a treasure trove of adventures and had a story for many pieces in his collection coming from Oregon to the Midwest.

After purchasing our Geode, we continued our purchasing adventure and enjoyed chatting with the various vendors from all across Missouri. We especially enjoyed the dealer’s room off to the side of the gym which featured some phenomenal pieces. There, after much discussion, we picked up this beautiful piece of smokey quartz. I was personally angling for a piece of the Moroccan Barite, especially the pieces featuring Cerussite. This table also had some excellent pieces of Malachite and Azurite, but I kept myself under control, barely.

From there we had pretty much maxed out our budget for this show, and stopped by one of the center tables that had grab bags and small minerals available at very reasonable prices. I’ve had my eye on Selenite Roses for a while now, so I grabbed a couple of those as well as a couple of grab bags. I loved the care that went into the grab bags which each piece being individually labelled. Dan selected a couple chunks of what I think were flourite as well as some Mozarkite, because we love to buy local rocks from wherever we go, and a pretty sweet arrowhead.

With that, we headed out, feeling pretty pleased with our little haul. By the time we hit the road for home, it was 7 o’clock and we still had a two hour drive ahead of us. 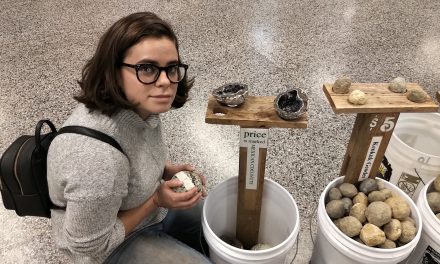 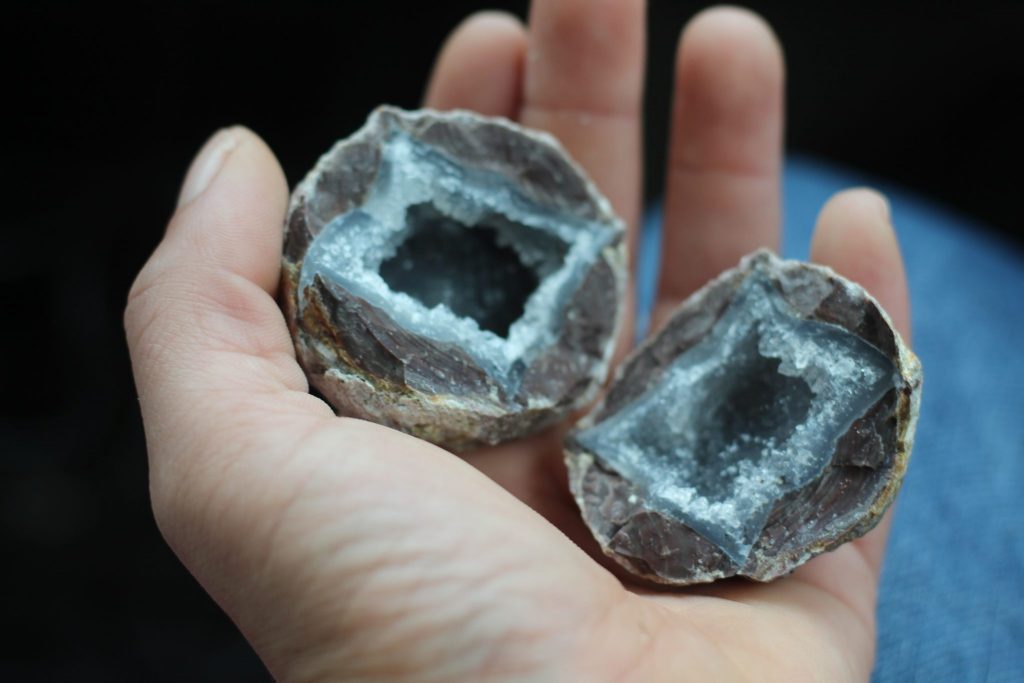